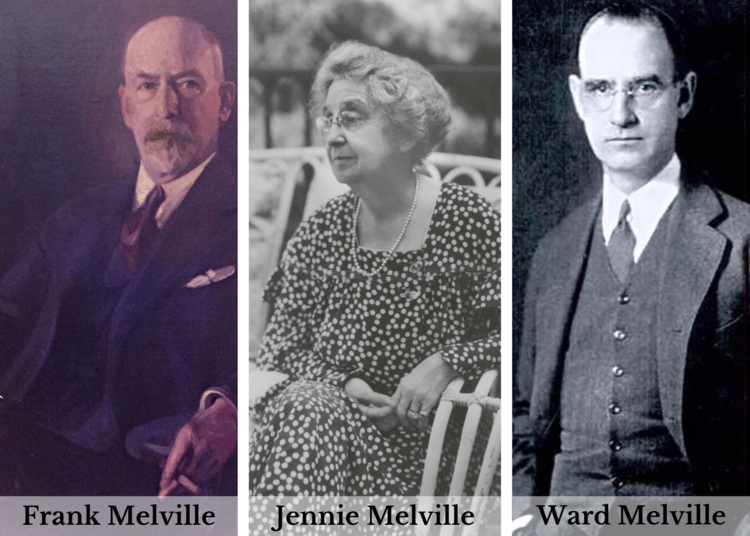 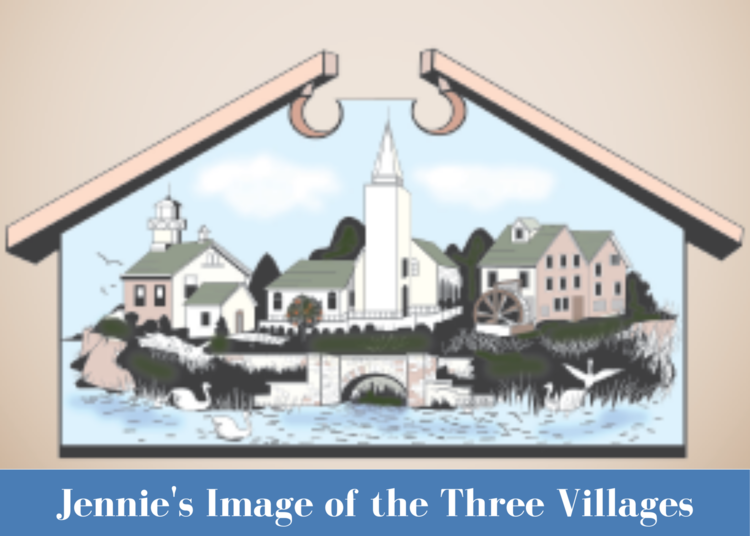 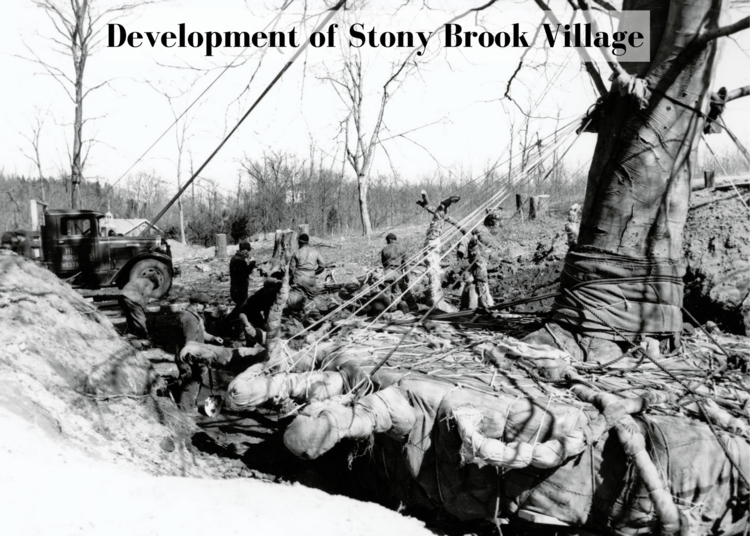 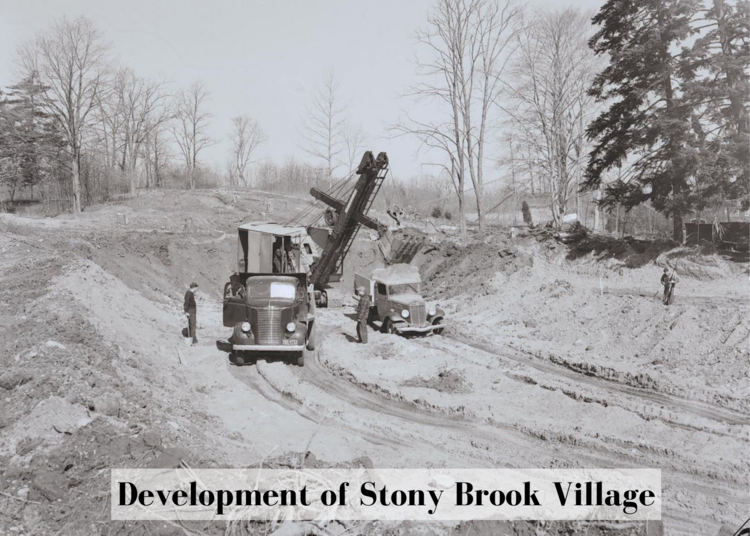 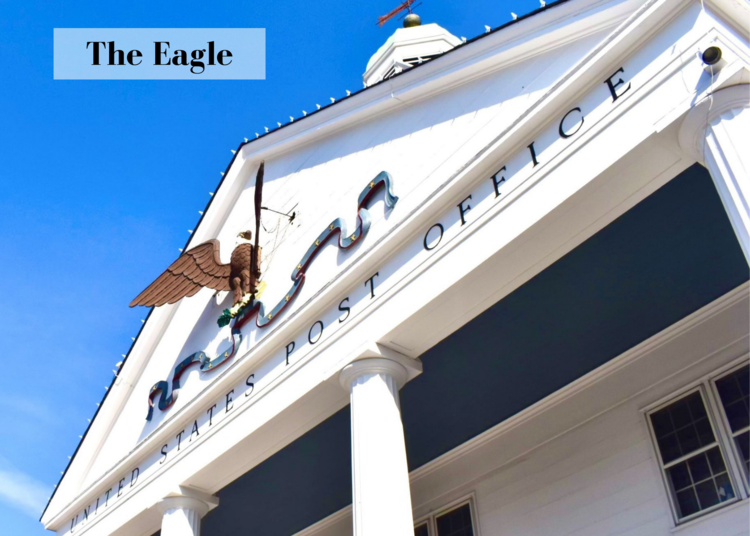 Stony Brook Village was constructed in 1941 with Ward Melville’s vision of a ‘living Williamsburg’ in mind – a place where people can live with history and the excitement of the present.

You can see a piece of his grand plan here: The curve of the crescent-shaped shops styled in Federalist architecture, the handcrafted Eagle atop the post office, the roll of the two-acre Village Green overlooking Stony Brook Harbor’s calm waters – and, if you’re lucky enough to catch it at the right time – the setting sun casting golden shadows in the skies over the village. Now with 35 specialty shops, seven eateries and surrounding treasures like the Three Village Inn, the Country House, the Stony Brook Grist Mill, the Hercules Pavilion, Avalon Park & Preserve, the Jazz Loft, the Long Island Museum and the pristine wetlands of West Meadow Creek, Stony Brook Village has become what the Melvilles envisioned.

At the turn of the 20th century, Frank and Jennie Melville, along with their young adult son, Ward, traveled from Brooklyn to the East end of Long Island with the intention of reaching the Hamptons. It seems fate had other plans for the Melvilles as they boarded a train for Stony Brook instead. Falling in love with the quaint village, they were troubled by the growing effects of the Great Depression and the areas collection of rundown buildings. Jennie urged civic cooperation among the three neighboring communities of Stony Brook, Old Field, and Setauket and tagged them the “Three Villages” (she even created an image depicting the three villages together, now the Stony Brook Village logo), while Frank served on civic boards and the Chamber of Commerce. Jennie is also responsible for purchasing the land where the entire Stony Brook Village now exists.

Instilled with a love for the Three Village area, its history, community and his parents’ hopes, Ward continued Frank and Jennie’s dream to rehabilitate the village after they died, and extended their family legacy by creating the United States’ first planned business community.

Seeking approval from the business owners in the existing area, Ward hosted a dinner at the Three Village Inn on January 19, 1940. He presented his plans, designed by close friend and architect Richard Haviland Smythe.

As Ward Melville said to his guests, “The prime reason for such a project as we are considering, is the beauty of the result”.

With a majority approval, the venture moved forward at Ward Melville’s own personal expense of $600,000, or in today’s conversion, over $11,000,000. He relocated, demolished, or modified some thirty-five buildings in the downtown area (what is now Harbor Crescent in Stony Brook Village Center). The enormous undertaking also included the rerouting of roads, the relocation of large trees, and moving one million cubic yards of dirt.

Although the construction of the village was impressive, Ward Melville’s centerpiece gem was the hand carved Stony Brook Eagle perched atop the Post Office. A German man named Freidrich Wilhelm Ringwald carved it. If you were to take out a quarter, and look at the Eagle atop the Post Office, you would realize that the Stony Brook Eagle is facing the opposite way. When this was brought to Ward Melville’s attention, he wrote, “Leave it that way”. The inner mechanisms of this eagle are what make it truly special – for over 80 years, it has flapped its wings, every hour on the hour from 8am to 8pm. Continue to Inner Court (where Crazy Beans, the Rustic Loft and the Waterfall are located).