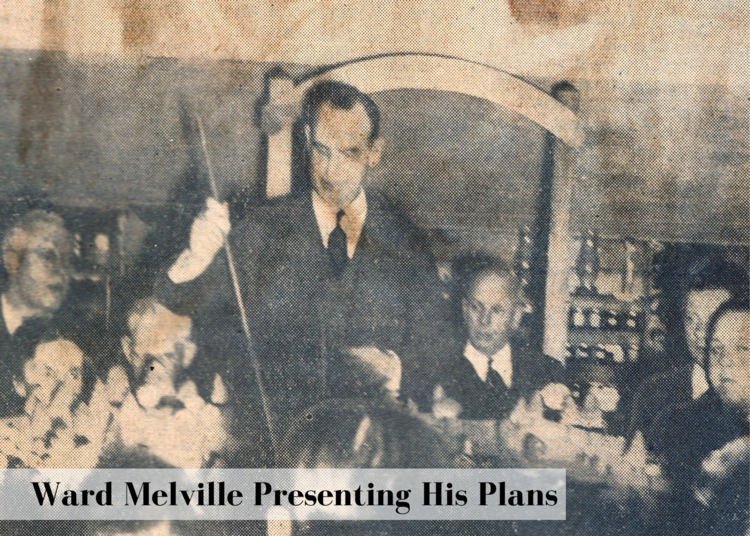 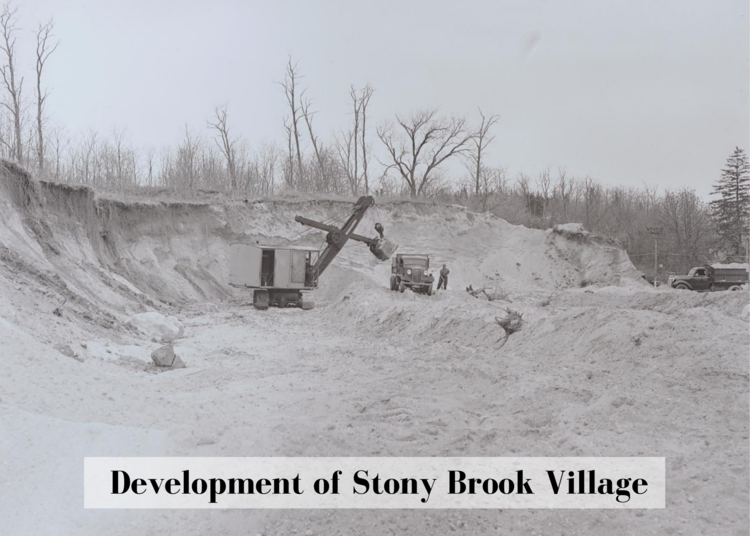 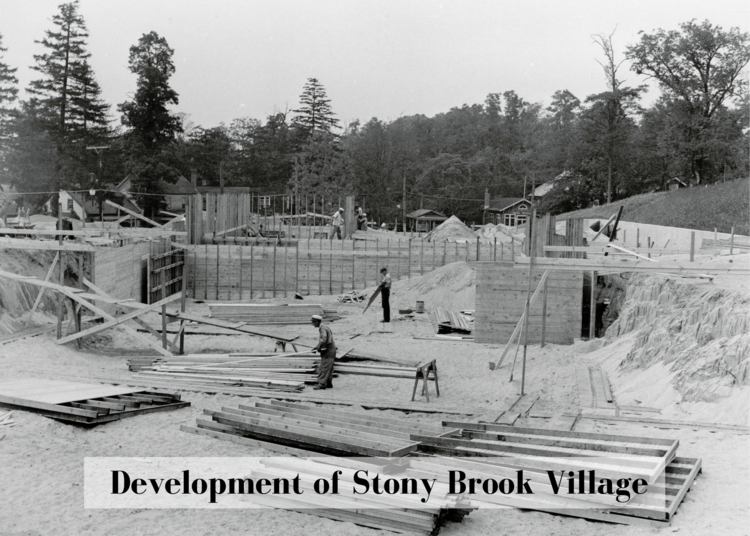 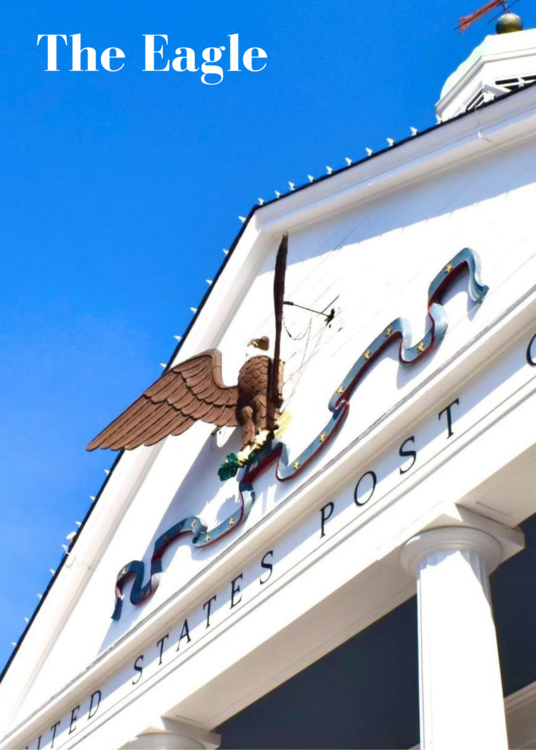 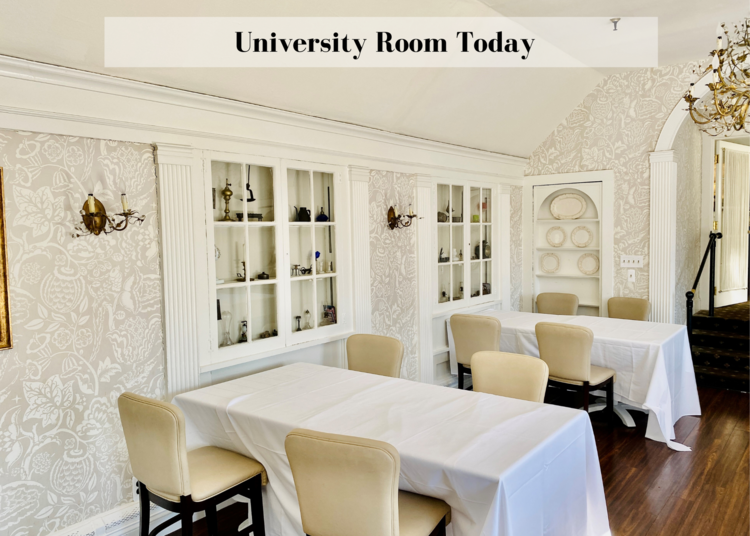 Seeking approval from business owners, Ward hosted a dinner at the Three Village Inn in this room on January 19, 1940. He presented his plans, designed by close friend and architect Richard Haviland Smythe, which included a crescent-shaped Village Center with connected shops grouped around a federalist-style post office. The centerpiece of the colonial village was to be the Eagle perched atop the post office that would flap it's wings, every hour on the hour, from 8am to 8pm.

With a majority approval by the local people, the venture moved forward at Ward Melville’s own personal expense of $600,000, or in today’s conversion, over $11,000,000. He relocated, demolished, or modified some thirty-five buildings in the downtown area (what is now Harbor Crescent in Stony Brook Village Center). The enormous undertaking also included the rerouting of roads, the relocation of large trees, and moving one million cubic yards of dirt.