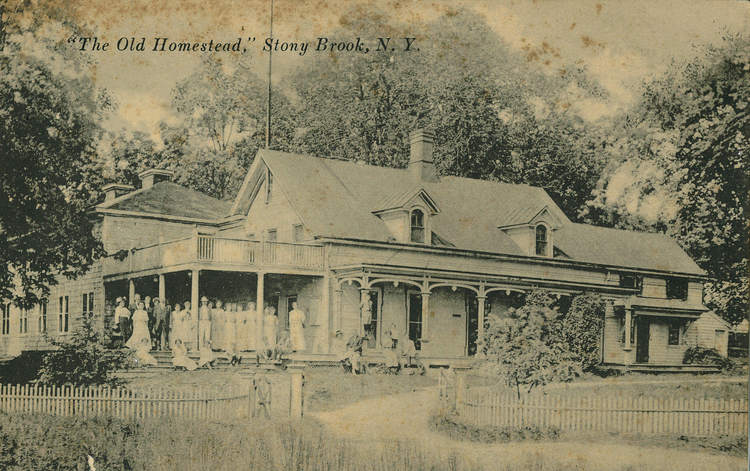 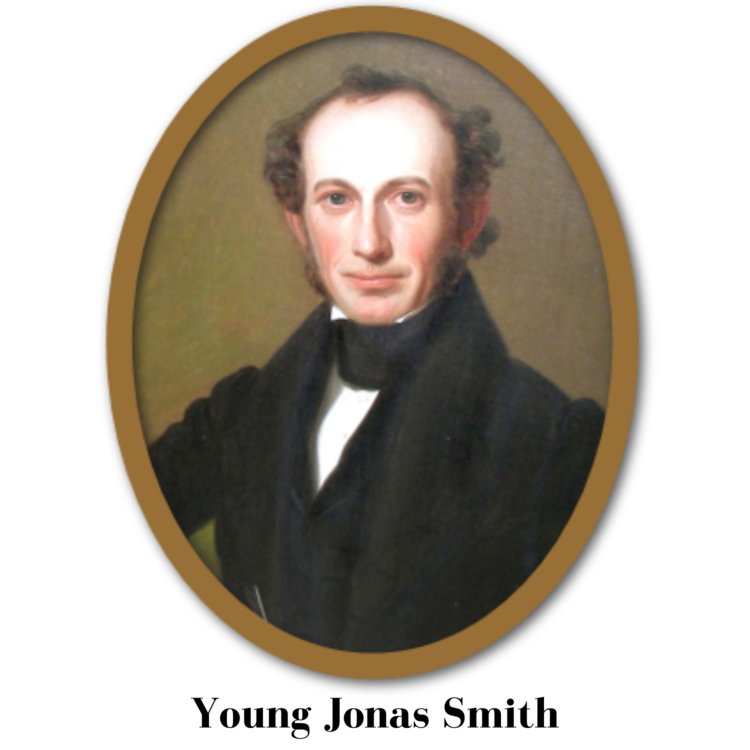 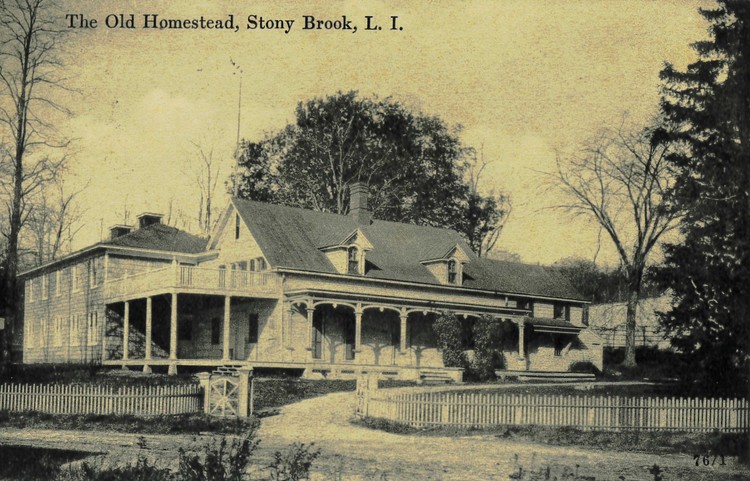 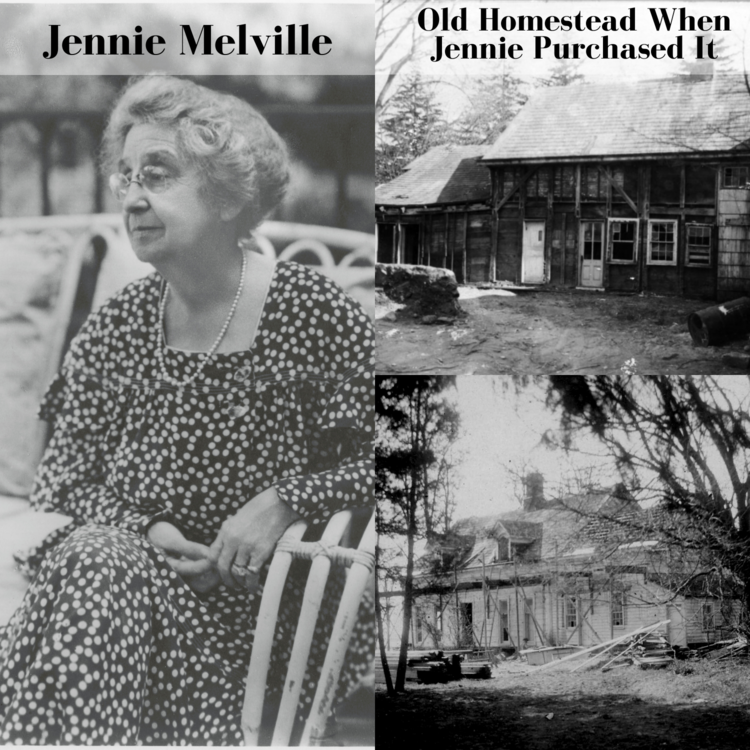 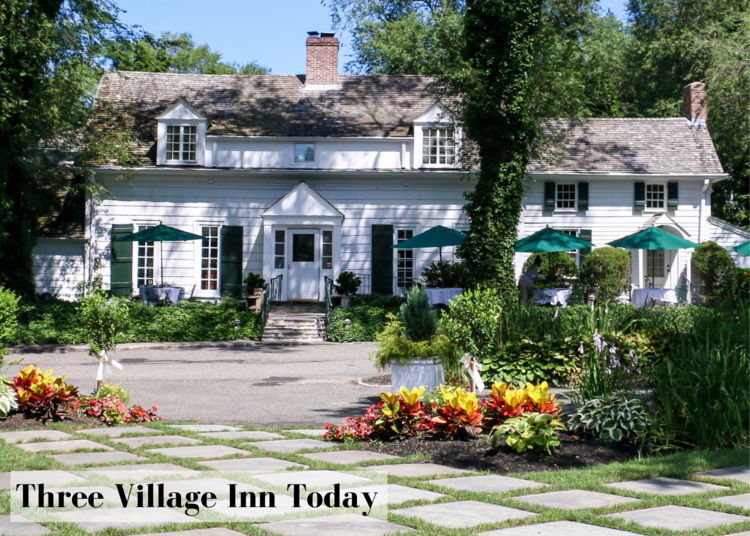 Known as the Old Hallock Homestead, the original structure of the Three Village Inn was built in 1751 by Richard Hallock. His family resided there until the 1830s. During the American Revolution, Hallock was a member of the Brookhaven militia, and even fled to Connecticut during the British occupation of Long Island. To learn more about colonial life, life during the American Revolution and the Culper Spy Ring, stay tuned for an upcoming audio tour.

In 1835, Long Island’s first millionaire and one of the country’s most prominent shipbuilders, Jonas Smith, known as “Rich” Jonas, purchased the Old Hallock Homestead as a summer home. After Jonas passed away in 1867, his wife, Nancy (maiden name Williamson) constructed a house further down on Main Street and lived there with her niece, Louisa P. Norton until her death in 1875. Louisa held ownership over the Old Hallock Homestead and surrounding property (including most of downtown Stony Brook – what is now the village center) until 1909.  To hear more about Captain Jonas Smith and his ships that sailed south frequently, additional audio tours will be added soon.

Looking to escape the stresses of city life at the dawn of the twentieth century, Brooklyn residents Frank and Jennie Melville planned a Long Island summer retreat with their son, Ward. Intending to reach the popular Hamptons on the east end of Long Island, they accidentally boarded the wrong train and instead traveled to the hamlet of Stony Brook. Ultimately falling in love with the quaint village, Frank and Jennie immersed themselves in the local life. However, they were troubled by the growing effects of the Great Depression and the area’s collection of rundown buildings. Jennie urged civic cooperation among the three neighboring communities of Stony Brook, Old Field, and Setauket and tagged them the “Three Villages” (she even created an image depicting the three villages together, now the Stony Brook Village logo), while Frank served on civic boards and the Chamber of Commerce.

Jennie Melville purchased the Old Homestead in 1931 and made it the home of the Three Village Garden Club and the Exchange. Here, homemade jams and jellies, quilts, Afghans, aprons and the like were sold to visitors to help support local residents during the Depression. As more visitors came, tea and sandwiches were served and it was often referred to as the Tea House. Jennie placed a plate at the front door for donations to defray expenses. After every day, Jennie, at a petit 5’2 would wash dishes with her chauffer. Upon Mrs. Melville’s death, her son Ward inherited the property in 1938 and renovated, renamed and opened it as “The Three Village Inn” in honor of his mother. It soon became a first class restaurant and country inn with furnished rooms to accommodate overnight guests.